Typically, motorists will only replace a headlight bulb that has burned out or is failing. However, replacing just one failed bulb can result in an unbalanced or unpredictable headlight beam, which presents a potential safety risk. From the driver’s perspective, the road ahead will not be properly lit, and the driver will not get the full benefit of the vehicle’s headlights as the car maker originally intended.

From the oncoming driver’s perspective, an uneven headlamp beam can create an equally risky safety issue. The oncoming car will be harder to see and difficult to position on the road. It could also be confused with a single headlight vehicle such as a motorcycle.

Replacing important auto parts in pairs is a common sense idea. Professional automotive technicians and driving safety advocates alike consistently recommend that tires, brakes, shocks, and wiper blades should be replaced in pairs to make sure the vehicle is properly balanced and functioning safely. Lighting is no different and equally as important to driver safety.

Why replace headlight bulbs when they get old?

Many drivers will only replace a bulb that has completely failed, but for maximum driving safety, an aging bulb should replaced before it burns out. The filament of any halogen headlight bulb ages with use, time, and exposure to the elements. As a result, the bulb’s light output deteriorates. At the end of their typical service life, headlight bulbs project less light, and that reduces the driver’s nighttime visibility.

For example, a new headlight bulb that can typically project a 240-foot beam will only be able to deliver a 160-foot beam after three years. That’s potentially a whopping 33% percent less light and a critical safety concern.

Changing bulbs in pairs also makes good sense from an efficiency point of view. You only have to go to the shop once and you reduce the risk of the other headlight bulb failing while you’re on the road.

Ignore These Vehicle Repairs and You May Get Pulled Over

September 10 2018
Many drivers may feel that they don’t have the time or money to address vehicle repairs immediately, but beware that ignoring some repairs can get you pulled over and even ticketed, says the Car Care Council. “Ignoring certain vehicle...
Read More...

Put a Stop to Brake Trouble Before School Starts

August 7 2018
A properly operating brake system is critical to safe vehicle operation and control under a variety of conditions. Brake Safety Awareness Month is the ideal time to stop and make sure your brakes are working properly before the new school...
Read More...

Check Vehicle A/C and Stay Cool on the Road

July 16 2018
Imagine being stuck in traffic on a 90-degree day when your vehicle’s air conditioning system malfunctions. With summer heating up, the non-profit Car Care Council recommends that motorists be car care aware and have their A/C system checked...
Read More...

Is Your Car Road Trip Ready?

May 22 2018
Before you hit the road this summer, make sure your vehicle is road trip ready so you can have any problems fixed before you go. A pre-trip vehicle checkup will help avoid the inconvenience, potential safety hazards and unplanned expense of breaking...
Read More...

May 7 2018
The top 10 check engine light repairs from the annual CarMD® Vehicle Health Index™ reinforces what the Car Care Council has been saying for years. Motorists who ignore the check engine light get less miles per gallon and could face costly...
Read More...

April 12 2018
Spring is here and its arrival means warmer weather, more hours of daylight and spring break travel. As you set your clocks forward on March 11, and plan to check your smoke and carbon monoxide detectors, take a few steps to make sure your vehicle...
Read More...

Learn about the Dangers of Potholes in New Video

April 12 2018
The Car Care Council, in conjunction with AutoNetTV Media (ANTV), has produced a new video about the perils of potholes and how they can adversely affect a vehicle’s handling and performance. The new video titled “Dangers of...
Read More...

March 7 2018
Changing the oil and oil filter, replacing wiper blades and air filters, and scheduled maintenance top the list of the 10 most common vehicle repairs of 2017. According to research conducted by IMR Inc., an industry leader in automotive research,...
Read More...

Six-Point Vehicle Check: A Gift that Keeps on Giving

December 19 2017
A six-point vehicle check is a gift that will keep on giving, both in better vehicle performance and fewer unexpected repairs this winter, says the Car Care Council. “Why not wrap up the holiday season with a gift for you and your car?...
Read More...

December 5 2017
You may notice when the weather turns colder, the tire pressure monitoring system (TPMS) light on your dashboard lights up more frequently. The Car Care Council recommends checking your tire pressure regularly during the winter to help keep the TPMS...
Read More...

November 1 2017
Motorists may not know much about their fuel pump but over the life of owning a vehicle, it will probably need to be replaced. One area that often gets overlooked when putting in a new fuel pump is cleaning the gas tank. The Car Care Council...
Read More...

Are Your Headlights Ready for Your Next Road Trip?

November 1 2017
Most drivers need to do at least some driving at night, and with the days getting shorter, the time spent behind the wheel during darker hours will surely increase. While properly functioning and properly aimed headlights are always important, this...
Read More...

August 30 2017
Whether changing the oil, replacing the wiper blades or checking the tires, finding the time to perform simple preventative vehicle maintenance is money in the bank, says the non-profit Car Care Council. According to research conducted by IMR...
Read More...

July 18 2017
Community car care events conducted across the country reveal that the majority of vehicles need service on one or more inspected areas of the vehicle. “At the Car Care Council, we stress the importance of preventative vehicle maintenance...
Read More...

June 12 2017
Getting a flat tire is no fun for anyone at any time, especially on vacation. To keep your summer road trip rolling along, the non-profit Car Care Council recommends a quick tire check before you leave the driveway. “The excitement of...
Read More...

May 24 2017
Summer road trip season is here. Taking proactive steps to make sure your vehicle is operating properly will help avoid the hassle and unexpected cost of a breakdown away from home, says the non-profit Car Care Council. This summer, AAA expects...
Read More...

A Clean Car is Money in the Bank

May 17 2017
Purchasing a new car is a major financial investment. Keeping it clean is an easy and inexpensive way to protect its resale and trade-in value, says the non-profit Car Care Council. “Many motorists procrastinate when it comes to...
Read More...

April 24 2017
Performing simple preventative maintenance on your vehicle will go a long way toward protecting your vehicle investment, says the non-profit Car Care Council. “Buying a new car today comes with a hefty price tag when you add up the down...
Read More...
Page: 123456 - All
Subscribe (RSS) 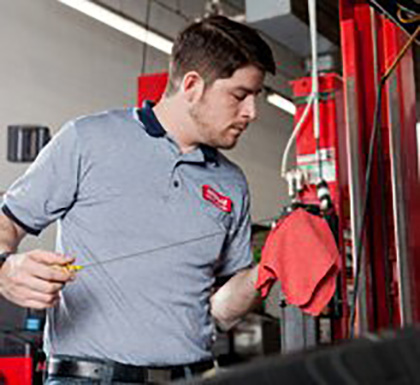 Have Car Care Tips you would like to share? Email us at katherinevilleneuve@autolabusa.com
Find An Auto-Lab® Near You!
Be Part Of Our Growing Community
Join Our
Team
Be part of an organization that helps you harness and apply your skills in a professional work environment. Each Auto-Lab® location is independently owned and operated, giving you the opportunity for advancement to further your career as an automotive professional.
See Opportunities
Open A
Franchise
Be your own boss in a recession-proof industry. Our business model makes your out-of-pocket investment in an Auto-Lab® franchise less expensive than most other automotive repair franchise systems. No auto experience is necessary and you’ll have minimal competition at your location.
Learn More
Receive Our
Newsletters
Subscribe to our monthly emails and each month you can look forward to receiving car care tips and special discounts only available to our subscribers. We promise never to sell our list and to only send you news and information relative to car maintenance.
Subscribe Now

…I would drive out of my way to have them service my vehicle any day of the week because I know I am getting service the way it should be!! Capt Colter B., US Marine Corps